TotaLee Awesome, is the phrase that best describes the magnitude of Lee Haney. Lee Haney is Mr. Olympia! – having captured bodybuilding’s most coveted prize for eight consecutive contests, he was the youngest (age 24), to capture the title and earned himself a place in the Guinness Book of World Records. He scored two perfect scores in 1986, the first in the sport! Lee has authored three books – TotaLee Awesome, Ultimate Bodybuilding, and Beyond The Pump. He has an extensive, and impressive list of awards and recognitions – awarded by the United States Sports Academy, the International Federation of Bodybuilding, Bellsouth, and Coca Cola (Atlanta) Centennial Award for his work associated with Haney’s Harvest House, and the prestigious position as Chair of the President’s Council on Physical Fitness (during the Clinton Administration).

In 1991, I became the first eight time consecutive World BodyBuilding Champion to win the covenant MR. OLYMPIA Crown. The road getting there wasn’t easy. It took hard work, delayed gratification, and above all a lot of prayer.

Over the years I’ve had the opportunity to be involved as a consultant with some of the best nutritional supplement companies in the world. Those associations, along with 30+ years of on-the-job experience, have given me a wealth of knowledge – knowledge that can be used in helping you reach your fitness goals. Whether the goal is to lower body fat, add muscle mass, or wanting to tone – I’ve been there, done that!

He also received a Lifetime Achievement award from former Governor Arnold Schwarzenneger for his contributions to society as a whole.

Lee was recently inducted into The International Sports Hall of fame, an honor which is given to only a select few.

Revered among his peers in the sports and fitness arena, Lee has trained and worked with such athletes as Evander Holyfield, Shawn Bradley, Gary Sheffield, Shannon Sharpe, and nationally known talk show personality, Steve Harvey, giving him the reputation of “trainer of champions.”

He recently created his own personal training organization called the International Association of Fitness Science Inc., as a means of servicing the fitness needs of people at every age group.

In 2015, Lee created Lee Haney’s Physique and Fitness Games. The Games is made up of several fitness events for the entire family. Drawing athletes everywhere. It doubles as a fundraiser for Haney’s Harvest House (501c3).

Lee earned an undergraduate degree in youth counseling from Spartanburg Methodist College (where he is a native).  He is married to his second-grade sweetheart, Shirley Draper Haney, and they have two children – Joshua and Olympia and two granddaughters, Raegan, Jensen, and Jolie.

In 1992, Lee and his wife, Shirley, began a nonprofit organization called Haney’s Harvest House. The Harvest House serves as a year-round mentoring program for young men, its mission is to help save a generation at risk through teaching character, respect for society, and love for self and others.

Lee has been esteemed throughout the world of sports and fitness but he’s the proudest of being a family man and community gatekeeper. 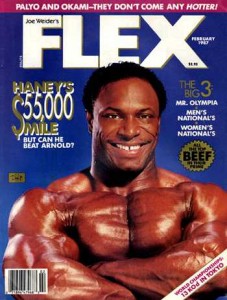 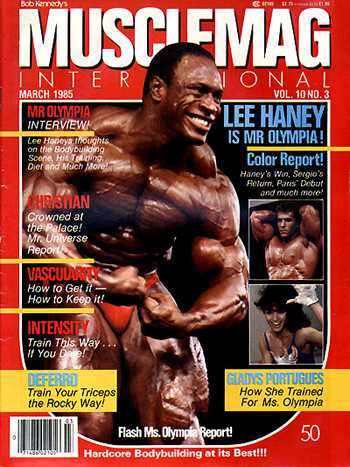 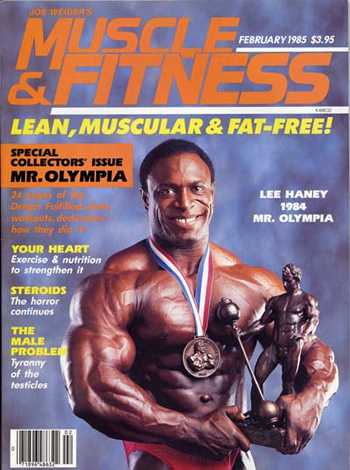 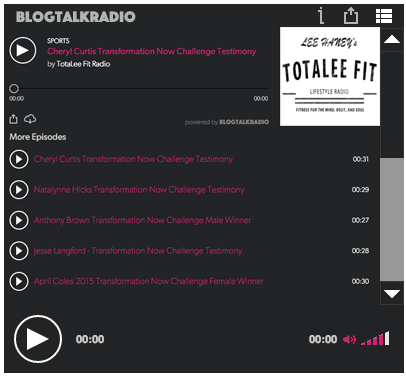 CLICK TO LISTEN TO LEE ON TOTALEE FIT RADIO

Join Lee as he hosts the TOTALEE FIT Radio Show

TOTALEE FIT Radio showcases individuals who were once unhealthy but have now committed to living the TOTALEE FIT Lifestyle. In addition, Lee brings valuable fitness and weight management information to you.

Lee’s radio show gives you an insiders look at the fitness business and helps you learn how to be successful with an International Association of Fitness Sciences (I.A.F.S.) certification. This certification was created by Lee Haney and contains all his knowledge and experience of being a professional bodybuilder and fitness expert. Tune in for interviews with IAFS trainers and clients, updates for Haney’s fans as to his live appearances and fitness education straight from the IAFS organization.